On Wednesday Alberto Giacometti’s Grande tête mince sold at Sotheby’s auction in New York for just over it’s top end valuation of $50million (about £31million). The Independent reported that the sculpture would sell for above it’s weight in gold, in fact, when the hammer came down the price had risen above 138 times the price of the same weight of gold. What’s surprising however is that in 2010 it fetched $53,282,500 at Christie’s, another New York auction house. 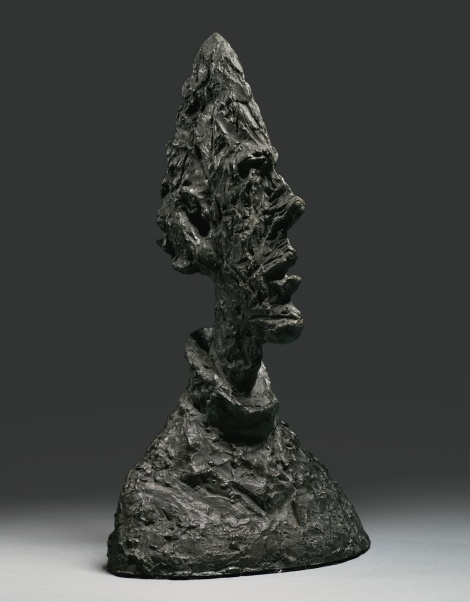 Should we be surprised though? It’s difficult to define art but it could be described as the process of adding value to an object. When Giacometti first sculpted the piece he would have wasting his time were it worth less than the 20lb of bronze he started with. When someone purchases art they are not only buying a collection of materials, but also the physical interpretation of passion, emotions and thoughts as well as a part of cultural history. When somebody pays $50million for a sculpture they are either incredibly interested in that cultural history or they value it as something to show off in their homes or attract paying visitor to their gallery. (See my post on Constable‘s similarly priced painting if you want to know whether I really think art can be valued so highly) 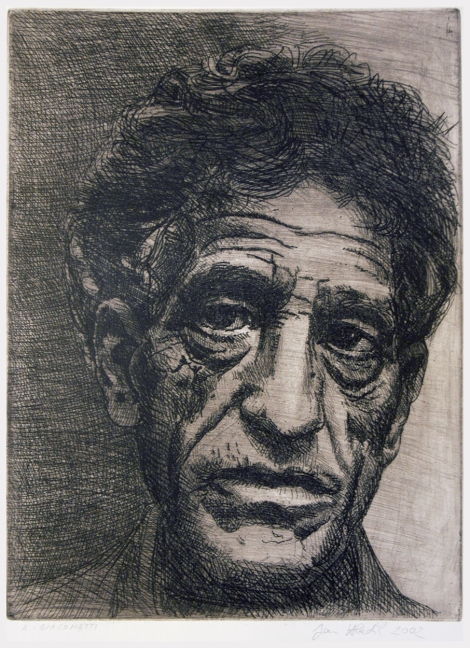 Etching of Giacometti by Jan Hladí

Grande tête mince is a sculpt of Alberto’s brother Diego created in a style unique to Giacometti. The narrow figures are characteristic of a lot of his work. Although detail is very much abstracted some family resemblance can be seen between Grande tête mince and the etching above.

One response to “Giacometti: Bronze Worth More Than Gold”